Source: Federal Public Service Mobility and Transport - Federal diagnosis home-to-work travels 2017This indicator is based on data collected through a survey of the Federal Public Service Mobility and Transport. The survey is conducted once every three years the most recent being from 2017. Statements regarding home work are from before the corona pandemic.

An important factor influencing employee satisfaction is how easy it is to commute to work, with lack of mobility becoming a growing concern for many employees as well employers.

Public transport (train, bus, metro, tram) is used by just 2% of the sector’s employees, compared to the Belgian average of 17%. The public transport system is not well-adapted to serve either the outlying locations of plant clusters and production sites, or patterns of work in the industry (shift regime, night work). About 36% of employees in the sector are on shift work, compared to a Belgian average of 14%.

This explains why 80% of employees use cars as their main means of transport (excluding carpooling) to get to work, a figure which is comparable to the proportion in the rest of industry but significantly higher than for the total workforce in Belgium (65%). An additional 5.3% of the sector’s workers use carpooling, far more than the Belgian average of 2.5%.

A number of chemical and life sciences companies offer occasional home work possibilities or cooperate in offering dedicated home-to-work transport for their employees, with 32% of workers able to use transport organised and financed by their employer, compared with 21% for the whole of industry and just 10% for Belgium as a whole.

Just under one in ten (9%) employees in the sector use their bicycles to get to work, making it the second most popular means of commuting in the industry, behind the car and just before carpooling. More and more companies include bicycles lease plans in their compensation and benefits policy. Almost all (95%) of workers in the sector have access to changing-rooms and shower facilities at their workplace, and 89% to bicycle shelters.

Road traffic safety for cyclists remains a matter of concern to the extent that tailormade safety trainings are organised. 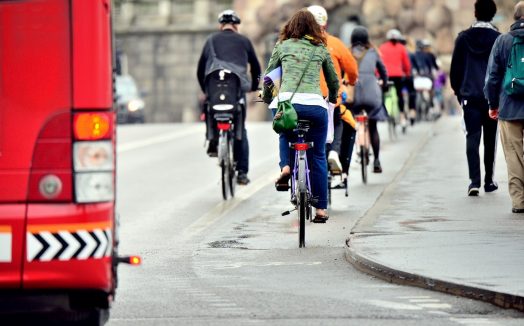 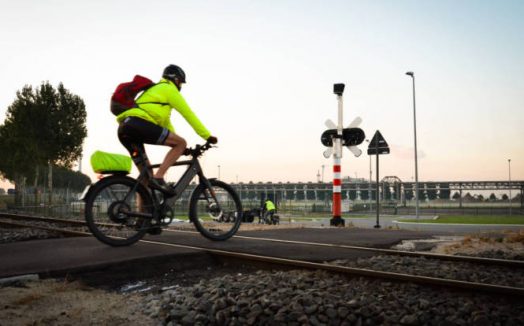 Number of bicycle accidents by BASF employees drops by 35%

View all initiatives in People